What would Independent cinema be without independent music? We are proud to announce the 2017 line up of live music for ÉCU – The European Independent Film Festival! Here is a complete list of the artists that will make an appearance at ÉCU 2017, along with links to their websites: 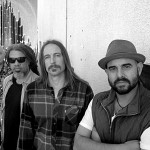 Tracorum’s contagious musical journeying is a blend of southern swamp pop, soul, honky tonk, roots rock Americana with a rhythmic diversity that adds elements of funk, latin-caribbean and gospel stomp to their unique sound. Great songwriting steeped in rich vocal harmonies and urban storytelling are the vehicle on which this powerful quartet has made their national ascent. “At the end of the day we are a Rock n Roll band in the truest sense” says piano/vocalist Fletcher Nielsen “We thrive on a diversity of sound because it’s an honest representation of where we collectively come from as people. “In one show we might musically visit New Orleans, the Appalachian mountains, Delta blues, church, psychedelic 60’s, England’s Rock heroes, say hello to Dylan and Willie Nelson, drop Parliament/Funkadelic a bone and end up in Jamaica with a final stop in Memphis via southern Georgia.” The band has released three studio albums, “Rock n Soul”, “The Lesson” and “Tricked”. Though the band’s keyboard player / vocalist Fletcher Nielsen has appeared at ÉCU before, this is Tracorum’s first time performing in group form at ÉCU Film Festival.

Rarely is a music genre so watered down as the pure pop which has left its mark on many generations. Originally bubbling, swirling and a little rebellious, now often flat and meaningless, The Royal Engineers bring the genre back to its source, the hurricane that occurs on stage, does not stop until every visitor is completely blown away. The Utrecht band has built its own repertoire full of catchy pop songs, a little 70’s but with both feet firmly in the 21st century. This will be The Royal Engineers’ second appearance at ÉCU.

Under the Skin is an up and coming alternative rock band fronted by Angie Joseph and Yann Brandon. The duo worked together and performed in the band WISHES from 2007 to 2014. When the band called it quits, Yann and Angie started working on solo projects, separately. The two being good friends, began listening to each other’s work and provided advice to each other. A few month after, at the beginning of 2015, Angie and Yann decided to collaborate on a project together, combining their music geniuses. Thus, Under the Skin was born. Both highly talented and able to play all the instruments necessary, Angie and Yann became a duet group and began working on the Under the Skin EP. Composing together, the two truly balance each other creatively in the writing area. For live performances, the group recruits 3 other members to perform drums and guitars. Under the Skin have been influenced by a variety of musicians from Incubus to P!nk, Radiohead, Florence + The Machine, Foo Fighters to KT Tunstall, Skunk Anansie, and Brody Dalle. This is the first performance for ÉCU Film Festival. 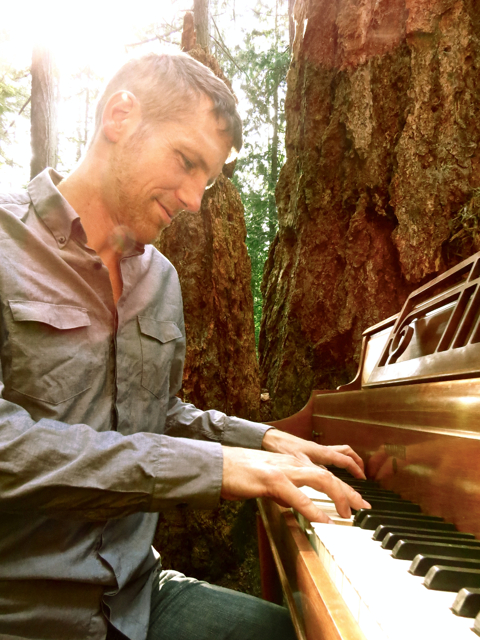 Pianist / singer-songwriter Aaron English tours the U.S. & Europe, singing his own world-travel-inspired songs and stories as well as interpretations of traditional songs from around the world. Highlights of Aaron English’s music career include a song on the Fox TV drama “Bones”, a Top 5 radio hit in Italy & Top 20 radio hit in the U.S. In 2015 he travelled to East Africa to found the International Youth Music Project, a charity that supports music programs at orphanages in Kenya and Uganda. 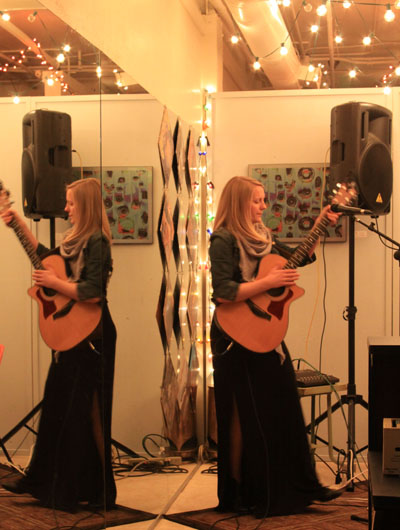 Elizabeth Hareza (last name pronounced “Har-zuh”), also known as Bee, Hareza and White Chocolate, is no stranger to adversity. It is her sheer determination that has helped her to overcome crippling stage fright in her early career and the death of her father when she was twenty to emerge as a driving force in the music industry. Her ‘My Peeps’ EP, released in 2015, is comprised of songs written and performed by her and other local musicians. She is currently looking to change direction to something more fresh and groovy. Her music is about life, people and the stories they have to share. Since her first performance at the ‘Old Many Boatshed’ in New South Wales, Australia, Elizabeth has evolved as a musician, perfecting her already impressive skills. Currently in the works are two concept albums with compilations of life experiences and emotional outpourings. She hopes to soon be touring and collaborating with other artists in an inspirational way.

Asheville North Carolina’s own Taylor Martin continues to be one of the region’s premier singer-songwriters. His raspy, emotion filled voice is instantly recognizable and his lyrics have an unflinching sincerity. According to Grateful Dead biographer David Gans “Martin somehow manages to sound weathered and fresh at the same time, and I never feel like he’s pushing the same old tired Americana tropes around.” Taylor Martin, a life-long lover of music, takes Americana to a new level. Raised in the Southern U.S., his culture is a defining element of his sound. Not only is Taylor well versed in traditional blues, country, and folk music of the south, but he puts a uniquely original twist on the old styles while still respecting the traditions of his mentors. To experience Taylor Martin live is like a drive through time and each song another turn into the mind of a brilliant emerging artist.

Sacha Delone of the band SuperGlam

From charisma to glamour, the seduction of Superglam is musical and sensitive, the sensitivity of Sacha Delone, born on one of the hills surrounding the Belgian city of Liège, the « Fiery City », at the end of the seventies. Sacha’s music is blossoming into melodious, oniric and human dimensions. With these assets, he was bound to meet Rudy Lenners, former drummer of Scorpions, who by now assists Sacha as an artistic director for the Superglam project. Sacha’s ethereal world offers feline, voluptuous and ear-catching melodies. The marriage of guitars and keyboards invites you to a soulful aerial ballet. The sensitiveness of the man, a globe-trotter per se, permeates throughout the project. Although born in Belgium, the artist grew up in the Middle-East, in Africa and in Asia. The cultures of these far-off lands have influenced the unfailing creativeness of a gourmet, a passionate artist. 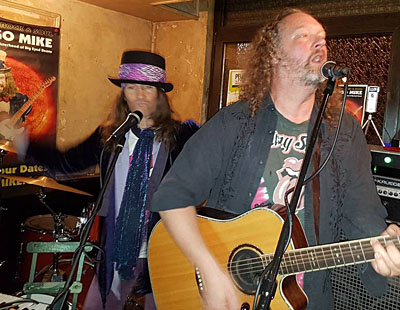 Torn & Frayed came to life as a result of the serendipitous discovery that two longtime friends — Dennis MC Do No Ugh! (Frayed) and Chicago Mike Beck (Torn) — were both notoriious fans of the Rolling Stones and their vast and varied song catalog. Sometimes enhanced with a fully eclectic electric rhythm section and frequent special guests, in no way does the duo attempt to emulate the mannerisms or affectations of the Glimmer Twins (Jagger & Richards) or perfectly recreate their recordings, but instead, Torn & Frayed deliver a high energy, fun engaging quasi-pedagogical harmony-infused performance featuring their favorite Stones selections — Some hits, several rockers, some deep tracks, supplemented by the Stones’ best soulful country ballads, with a focus on material from their classic ‘Mick Taylor years’. Hardcore Stones fans will love the music, and everyone will enjoy the obvious love that both Torn & Frayed hold for these great songs and the paragons of Rock’n’Roll that created them.

With loyal followings on two continents, “Chicago” Mike Beck’s ecstatic live performances and eclectic 1,000+ song repertoire have carried him through two decades and hundreds of thousands of miles of travel in North America and Europe. Whether performing solo or with his band Chicago Mike’s InterGalactic Brother & Sisterhood of Big Eyed Beans, he delivers hundreds of high-energy performances each year to diverse enthusiastic audiences. Since 2001, Mike has toured Europe over 20 times, performing in Switzerland, Germany, The Netherlands, France, Italy, Greece, Belgium, Luxembourg, Spain, and Ireland.