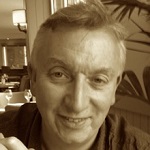 Trends in Financing and Packaging Independent Films and International Sales

The topic of this workshop is packaging cast and talent and sourcing finance for English-language independent films, dealing with sales agents, and selling independent films on the international markets.

Gareth Jones is an industry veteran with over 30 years experience in financing, sales, and distribution. A former CEO of George Harrison’s HandMade Films, Gareth has financed, sold, and distributed over 80 independent films including Mona Lisa, Lock, Stock and Two Smoking Barrels, Psych 9, 4321, and most recently Mum’s List starring Rafe Spall and Emilia Fox. 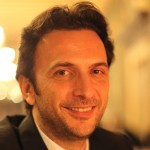 Editing and Structure
So you’ve got a great idea for an independent film. You’re all set with the script and filming but now you have to embark on the intimidating process of editing! If you count yourself firmly in the editor camp, or if you’d like to, don’t miss Antoine Vareille’s workshop ‘Editing and Structure’ . In this workshop, Antoine will discuss everything from story structure, working with the director, finding the right pace, and learning all the tools and tricks to rewriting your story with the dailies. So much can happen at that stage, from editing a masterpiece, to loosing yourself in the process… So don’t miss it.
Antoine Vareille is an editor of feature films. He has been the editor-in-chief of films including Brice de Nice, Hitman, Paulette and feature length documentaries. He has also collaborated as a consultant on many films such as Love Punch, La Rafle, Max et Leon and many more.

Where Are The Women? Barriers and Keys to Success for Women in Film and Music

Where are the women? In this workshop we explore the barriers and keys to success for women in the film and music industries. The workshop, sponsored by Women-In-Film-In-Music, is intended to facilitate networking among people interested in issues related to the participation of women in executive roles in film and music (producer, director, senior technical advisors) and to suggest action points.

Despite the attention and discussion surrounding the need for the inclusion of female filmmakers, it is no secret that women are still grossly underrepresented in the film industry. Various recent studies have stated that the number of female directors has even declined since last year which begs the question, just how much progress has really been made? Clearly we are not where we should be. It goes without saying that it is necessary to give women opportunities in all facets of film, both on-screen and behind the camera. By having more women in various positions in cinema, new perspectives will be brought to the table and more female driven stories and voices will be shared on the screen.

The purpose of this interactive workshop is to further understanding of the barriers and keys to success for women in film and music through the personal experiences and observations of  three featured female panellists representing and speaking to different dimensions of the professional film and music industries Bianca Mina and Aloïse Gouptil-Tiers. The program is intended to facilitate interaction among people interested in issues related to participation of women in film and music and to suggest action points.

Bianca Mina is a passionate writer/director/producer. Bianca majored in Film Studies at the American University of Paris, Latin American Film at NYU Buenos Aires and Film Producing in Los Angeles with independent filmmaker mentor, Tom Malloy. She has been working in the film industry for 8 years now and some of her projects include documentary “Fuera de casa” filmed in Panama, a successful sitcom on Romanian prime time television and two shorts films written, directed and produced in Paris.

After a childhood in Marseille, Aloïse came back to Paris and studied alternative culture through many travels, linking sociology studies and photography. She stayed one year in Poland where she became interested in Pacific revolution and owning properties conception, and received the first Polish prize for portraits. She worked as a photographer in Mumbai, India, for The Hindustan Times newspaper. Nowadays she is making movies in France and keeps taking pictures as often as she can.