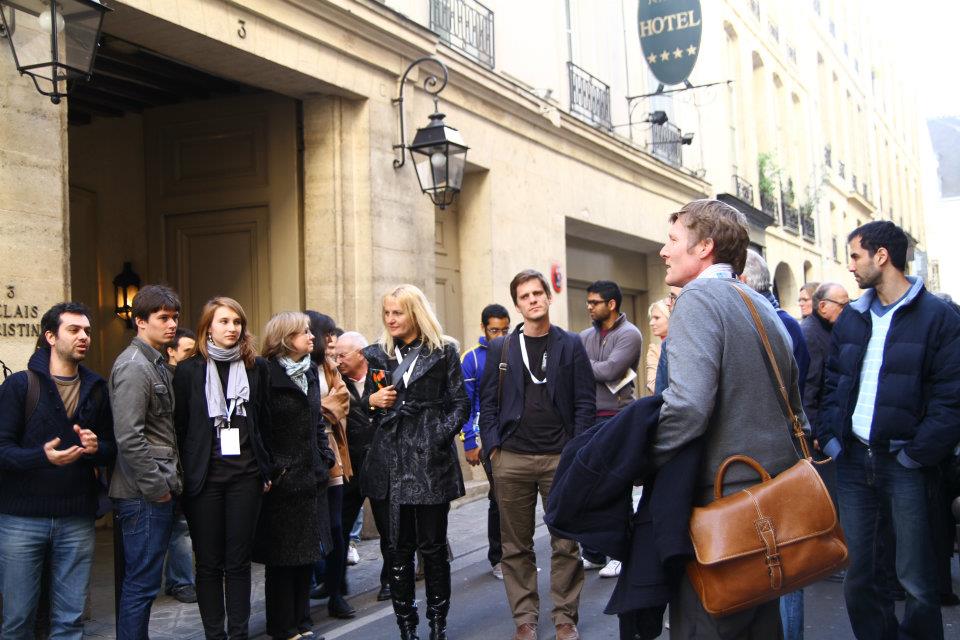 It is about six o clock on the morning after the last night of the ECU Film Festival and I am in bed, asleep, and dreaming. I am dreaming that I am still at a film festival.

Approximately forty-three hours ago, writer-director, Alan Arrivée, an old friend of the festival, was leading a seminar in the Grand Salle of 7 Parnassiens on dreams and script writing. The idea developed from a conversation amongst his colleagues at the university where he teaches; to wit, “why do we believe in our dreams so completely while we are asleep?”

Arrivée’s suggestion is not so much that all dreams will make great fodder for the events of a film script; more that the kind of questions we need to ask ourselves if we want to describe our dreams to someone else – where was it set? what role did particular objects play in the story? how did the story make transitions from one element to another? did the people in the dream behave differently to the way they do in real life? – are precisely the kind of questions we must ask ourselves if we are to translate our script idea into a full-blooded screenplay.

However, I am not sure if the compulsion to repeat of my drunken fever dream is quite what he had in mind. In fact, the only detail that sticks with me from my dream is the series of seemingly insurmountable obstacles that stood in the way of my filing copy about the various films and events of the festival I was due to report on. In the dream, that is.

Arrivée was a member of the festival jury which last night awarded the prize of Best Non-European Documentary to Between the Devil and The Deep Blue Sea, a film about the “boat people” refugees who risk life and limb to travel from Indonesia to Australia only to have their hopes, quite literally, dashed against the rocks of Christmas Island. Collecting the award, writer-producer Jessie Taylor emphasised that the win was “especially vindicating because we cannot get screened in Australia. Australia doesn’t want to know about our film.”

Throughout the day, yesterday, one could feel the tension mounting in direct proportion to the wearing away of the previous nights hangovers and bleary eyes. A frequently overheard conversation amongst the festival interns would start something like, “did you manage to get any sleep last night?”.

In the foyer of the Sept Parnassiens the jurors could be seen in a huddle, deliberating their choices. I asked one first-time film maker if he would be going to the closing night party, on a boat sailing down the Seine. “That depends,” he told me, “on whether we win.”

Few people were surprised that awards went to David Jakubovic for The Forest is Red (Best Non-European Feature) and Blerta Zeqiri for Kosovan short film, The Return (for Best Director). Both directors used their speeches to emphasise their French connections and to express their joy at winning an award at a Parisian film festival.

“I’m very happy that Paris was the first festival screening of my film,” said Jakubovic on stage at the Sept Parnassiens, “there’s been a lot of French film history in my head over the last few years.” While Zeqiri, who made her intense and poignant film in an astonishingly brief ten days, was the only winner to give her acceptance speech in French. She remarked that she had studied in France and dedicated her award to her former professor at the University Paris VII.

Finally, it was Rocco Labbé, winner of Best European Independent Film for Berlinoises, who summed up the weekend. Praising the festival for its “amazing vibes,” he concluded, “You’ve made a great festival.”