Not everyone is able to make it to Paris to ÉCU’s annual film festival. So, every year after the main event ÉCU travels around the world making sure its “Official Selection” directors and films are made known. This demonstrates ÉCU’s active commitment to cultivate and encourage the new and inspiring talent that comes its way.

Last year over 10 countries around the globe were showing ÉCU films. This was made possible through the help of film commissions, film schools and our partner festivals. This action alone makes our storytellers voices heard, their creativity made known and allows them possibilities they would otherwise might not have had.

As a festival for filmmakers, it is extremely important for ÉCU to go on the road and tour our films. Through our road series, we have the ability to changes lives, forge relationships, further artistic expression, and most importantly, encourage a new generation of filmmaking and film-goers.

Cabriolet Film Festival is the first outdoor short film festival in Lebanon, which was launched in 2009. For its 8th edition, the festival is focusing on the theme of conflict, which refers to a struggle between opposing forces – something which is not unfamiliar to the host city. The festival will take place on the 3rd, 4th and the 5th of June on the Gemmayzeh Stairs in the heart of Beirut City. Check out their website for more information. 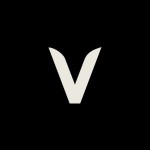 We are very proud of ÉCU’s partnership with the first edition of Vault Film Festival. The festival took place in central London on Sundays between 14:30 – 16:00 on the 7th, 14th, 21st and 28th February 2016. The Film Festival is the newest addition to the Vault Festival of Arts, which saw it’s fourth festival taking place in the edgy underground location of The Vaults, Waterloo for six weeks in 2016: January 27th – March 6th. The best of ÉCU went to London! Check here for more information.

At its 9th edition, NDU was celebrated at Notre Dame University – Louaize, between November 15 and November 22.  In this last version the Festival decided to honor the Lebanese Legend Abdel Halim Caracalla for his lifetime achievements. As a great example of an artist who gained success after years of persistence and belief in the artistic gifts of his team, he well represents the independent type of filmmakers the Festival aims to promote and reward. 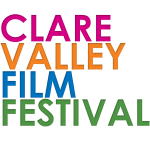 The Clare Valley Film Festival showcases Australian and international independent film, as well as informing and inspiring a new generation of filmmakers, meanwhile raising the profile of this vibrant and diverse area – the Clare Valley. Last year, the theme of family, friendship and life as seen through the eyes of the young and the old have played a big influence on many of the films. Check here for more information.

During the 8th edition of Naperville Independent Film Festival, twenty winners of ÉCU 2015 were screened between September 12th and 19th. Year-to-year, the festival continues to draw a growing number of local and regional indie-film fans, and the organizers of the annual event are pleased to see the film festival as a well-established fixture on the busy Naperville events calendar. Read more.

On 18th of September, Tyrolean Independent Film Festival / TyIFF was holding a special Open Air cinema event dedicated to women in cinema. ONE THOUSAND & ONE TEARDROPS (by Fateme Ahmadi) and  BORDER TRAFFICKING (by Peter Rautek) –  short movies from our 2015 festival edition were  screened during this magical evening in Waltherpark, Innsbruck. For more information check here.

This summer, between August 13th and 15th, ÉCU-on-the-Road was in Viseu, Portugal for 3 days of screenings of a selection of the best short films from our 2015 festival edition. This event was taking place in collaboration with Association – Acrítica and Space/Gallery Art – Carmo 81- an old warehouse turned into a space to hold exhibitions and cinema screenings. Read more…

ÉCU’s partner festival MashRome Film Festival is the first film festival in Italy to showcase mash up, remix and experimental cinema. The festival has picked four films from ÉCU 2015 Official Selection for their competitive program: OUT OF REACH (RAIN NIGHT) by Pablo Diartinez, ONE THOUSAND & ONE TEARDROPS by Fateme Ahmadi, THE BIGGER PICTURE by Daisy Jacobs and SOLO FINALE by Ingo Putze.

The second edition of Arkadia Short Film Festival there has hosted a one hour special screening of 5 short film winners of  ÉCU – The European Independent Film Festival 2015: THE DANDELION (by Sophie-Clémentine Dubois), MEND AND MAKE DO (by Bexie Bush), DE SMET (by Thomas Baerten & Wim Geudens) CATCHING FIREFLIES (by Lee Whittaker) and TOUCH (by Andrew Richardson).

For the 3rd year in the row, our partner festival Cabriolet Film Festival in Beirut City, Lebanon has chosen films from ÉCU’s Official Selection and added them to their festival programme. This year BENEATH WATER by Charlie Manton and LAST WILL: IDYLL by Alice von Gwinner were competiting for the awards at Cabriolet. Here is more…

On the night of May 30th Clare Valley Film Festival has holding a special educational event where HUMAN (an Official Selection film of ÉCU 2015) by Brigitte Drodtloff was screened. The festival showcases Australian and international independent films, as well as informing and inspiring a new generation of filmmakers through CVFF’s educational programmes in the Clare Valley.  Read more…

ÉCU Team attended Cannes for the 68th edition of the film festival from May 17th until 24th where they launched ÉCU’s call for submissions for the 2016 festival. From early in the morning in the Palais to very late at night in the after-parties, the team quickly learned that networking never really end! Check out our live blog and video updates from the French Riviera here…