The ÉCU film festival is unique in the fact that in addition to a weekend event in Paris it uses its partnership network to promote a selection of the World’s best independent films during its ÉCU-On-The-Road’s global tour.

One of our key objectives is to advance the longevity of the films that we screen in competition at ECU’s main event in Paris by giving them a global audience.

Thanks to the help of our partners, which includes film commissions, film schools, and partner festivals, the ÉCU-On-The-Road’s global tour screened films in over 10 countries last year. Due to the generosity of our partners, we are able to continue screening great independent cinema to audiences who would otherwise not have access.

Here at ÉCU, we believe in the transformative power of a good film. Our goal with this initiative is to take our films on the road, so that audiences do not need to move in order for their imaginations to.

WHERE ARE WE GOING:

ÉCU is headed to Japan! In June 2018 we are going to the beautiful city of Atami to attend our sister festival, Mt Fuji Atami Film and VR Festival! Its an event for people with originality and eccentric style, and ÉCU can’t wait to be a part.  Don’t forget to make your submissions by May, and we’ll see you there! 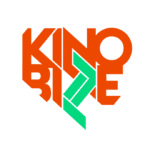 ÉCU once again went on the road to continue celebrating world’s best indie films by trotting off to Riga, Latvia. It was our first time in Riga, but we could not have felt more welcome – thank you Kino Bize  for being such great hosts! We had an amazing time going a joint screening with this uber-cool and super indie art-house – hope to meet up with you guys again soon! 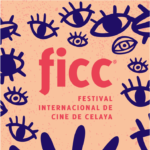 ÉCU loved travelling to the exotic city of  Celaya, Mexico to check out the International Film Festival of Celaya. It took  place on the 24th-26th of November and screened some of the winners from ÉCU 2017 in an ÉCU special selection showcase. We can’t wait to go back next year!

Despite being busy little bees in the dreary month of November, we found ourselves once again outside of our Paris office and having the absolute pleasure of once again attending the Aesthetica Film Festival. We saw a plethora of incredible films, all located in different buildings in the beautiful city of York, England. We had an amazing time there and hope we get the honour of being invited back next year!

ÉCU was ecstatic to return to Denmark and share some of the World’s best European independent short films at Super8000 Film Festival on October 27th, 2017. Super8000 Film Festival made its debut the same year that Aarhus has been named the European Capital of Culture, and it is set to help maintain the city’s fabulous reputation! We found it to be an amazing festival, one that serves to be a forum for rethinking storytelling for the big screen. ÉCU brought some of the most innovative and thought-provoking short films of young European talent to Super8000  and they went down a treat! Thanks for having us, Aarhus! 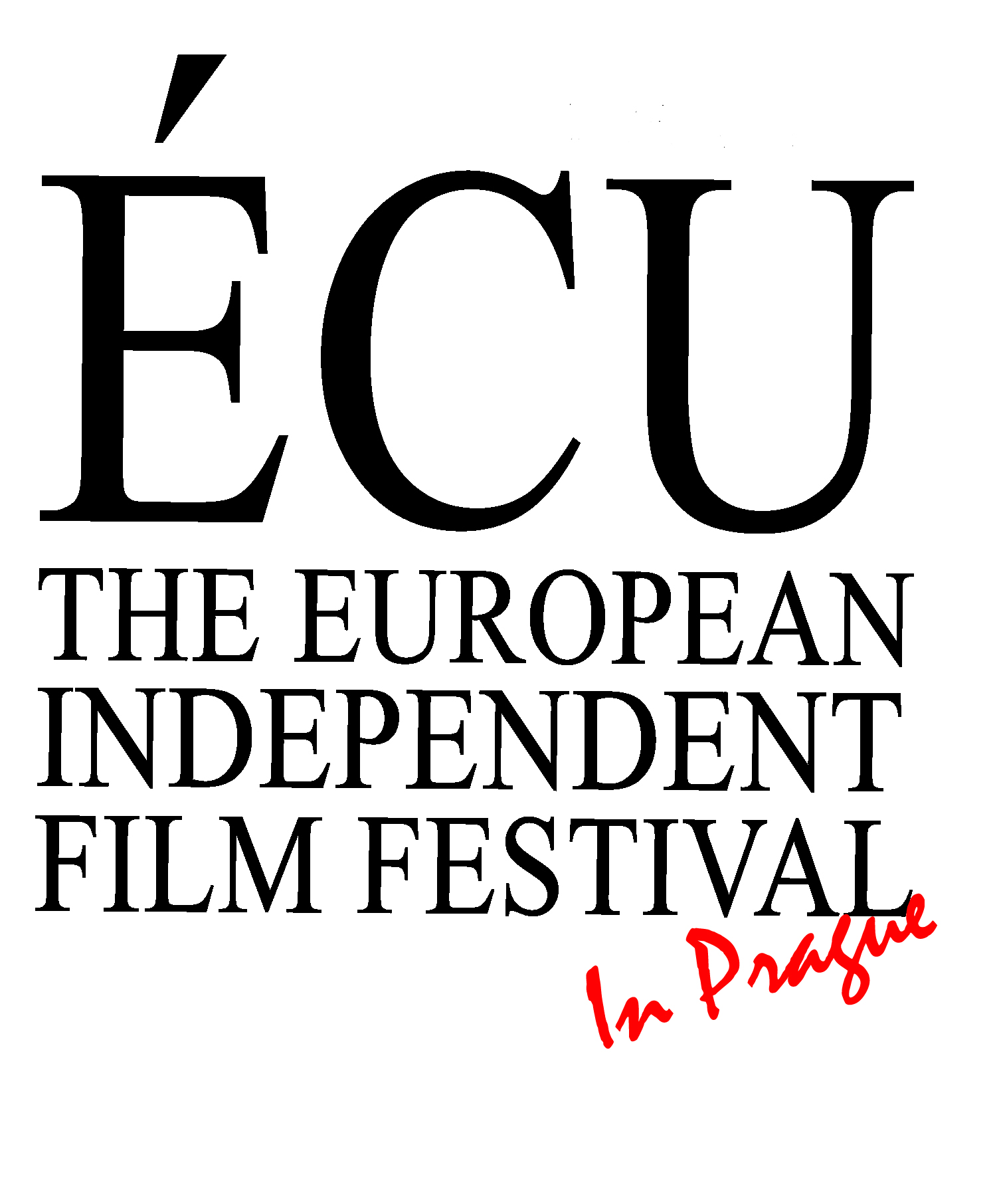 ÉCU screened a selection of amazing independent short films from upcoming talents from all over the World in Prague the 12th of October 2017. ÉCU On-The-Road’s debut in Prague was hosted by the esteemed Prague Film School – which is one of the leading film schools in Europe. Despite their prestigious reputation, we were welcomed with open arms and had a fantastic time screening our films in the beautiful Czech Republican capital. See you soon, Prague! 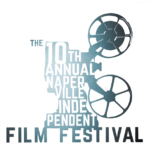 ÉCU  once again shared some of its best independent films with its partner festival, Naperville Independent Film Festival, Illinois. We chose 15 award-winning films from our 2017 edition including Cubs, Emily Must Wait, and A Beautiful Day, and these screened in a special programme:  Winners of ÉCU. We once again had a terrific time across the pond and cannot wait to head back over there next year. There is no getting rid of us, Naperville! 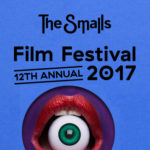 Founded in 2006 in London, UK, The Smalls Film Festival has been championing independent film-making and creative people for over a decade. For this reason, we were so very proud to be part of such great event, showcasing some of our greatest films with them this year. We must say we had a simply STUPENDOUS time in the land of milky tea and biscuit as we mingled with some of the industry’s most creative minds.  With screenings, industry sessions, and infamously lively parties, there was simply so much to do! Luckily, our films (which included the ÉCU hits  Rabbit Blood by Yagmur Altan (Turkey) and Cubs by Nanna Kristín (Iceland)) went down super well with our British chums, so all this well there! We’ll be sure to stop off at The Smalls, 2018!

ÉCU went to the land of philosophy, tzatziki, and so much more, to do one of our world-class screenings.  We set-up our glorious indie camp in the XYTHPIO Theatre Art Café in the Gazi area of Athens, and what a great time we had! We were treated so well by our darling hosts and met with a cohort of  really interesting, cool, perfectly indie, film-loving people to add to the brethren! Opa! 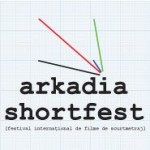 Once again, ÉCU went a-wandering the globe, this time to the gorgeous and seriously underrated country that is Romania. We chose this lovely country not just to explore some of its amazing castles; we also popped in to see the team at  Arkadia ShortFest, to play a cheeky ÉCU film or fifteen t the event. Over the 3 days of terrific artistic events, a grand selection of our ÉCU films were played and they were enjoyed most greatly. Thanks to everyone who came to see us out there – we hope you had nearly as much fun as we did!

With the commencing of the burning sun of August, came our glorious collaboration with  Rural Film Fest in El Edén de La Mancha, Spain. Our film,  LE CHAT DORE, which was the winner of Best European Independent Comedy Film at ÉCU 2017, was screened there, as well as several other ÉCU films. Overall, we had an absolute blast and are so grateful for all that Rural Film have done to put the ÉCU name out on the indie radar. Thanks, friends, can’t wait to see you next year! 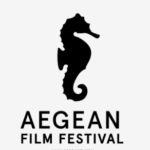 ÉCU’s partner festival Aegean Film Festival, previously known as International Film Festival Patmos, was up and running once again in 2017, much to our absolute delight! We, of course, were only too keen to share some of our cherished films with the folks at Aegean Film Festival, including ÉCU hits that A LITTLE HELP, directed by Daniel Halsall, and, the short film BALCONY (dir. Toby Fell-Holden). Luckily, Greek audiences loved them just as much as our ÉCU crowd did, so it was another successful collaboration between us both. 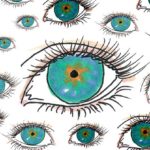 In the stunning summer month that we know as July, our partner Craft Film Festival , based in Barcelona,  did a screening of RAGE, the winner of ‘Best European Dramatic Feature Film’ ÉCU 2017. It was well-received by the audience and has only inspired us to work more closely with CRAFT in the future. Merci, Barca!

Launched in 2009 by Laboratoire d’Art, Cabriolet Film Festival (CFF) is the first outdoor film festival of its kind in Lebanon. Since its inception, CFF has become an annual cultural event taking place over the course of three consecutive nights on Saint Nicolas Stairs – Gemmayze, in the heart of Beirut. We truly felt part of something special, thus, having our film   Last Seen, which was a part of 2017’s Official Selection, screened there! By all accounts, it was greatly adored by audiences and this has just made us incredibly excited to continue our work with the team at Cabriolet. 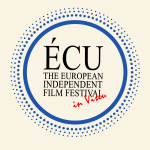 ÉCU never stops; we are always on road, promoting our talented filmmakers in every nook and cranny. In the sun-bleached month of June,  we found ourselves Viseu, Portugal. It is located in the Centro Region of Portugal, is considered to be the “centre of art” in Portugal, immediately ideal for us to stream our masterpieces. As well as being a history-lover and cultural connoisseur’s ideal holiday destination, it served as a brilliant stage for some ÉCU indie film magic. Our films were a hit, and everyone seemed to have a really good time. Thanks, gang for coming!

ÉCU team went to Cannes for its 70th edition in May 2017. We spent a whole week talking to great people and spreading the indie word. Most importantly – ÉCU launched a call for submissions for its 13th edition, that will take place in 4th, 5th, 6th May 2018. Check out ÉCU’s Youtube channel to see what the team has been up to.