Michelangelo Antonioni, the neo-realismo influenced Italian director which escaped the
confining film regulations, setting fire to preconceptions and paved his own road for success.
There is a sense of indifference that critics have towards him, this timid irreverence has
surrounded his career for years, but now more than ever he is being recognized for his raw
display of human emotion in abstract thought and character metamorphosis.

Born in Ferrara, Italy on September 29, 1912 Antonioni has said that his plain childhood
was very important for his development as a filmmaker. He attended university in Bologna and
later began to write film criticism for a newspaper in Padua. In 1939, Antonioni decided to go
forward with film and make a career out of it.

In the beginning of 1943, Antonioni began to make his first film, Gente del Po (People of the Po
Valley), but came to halt by Italy’s defeat in WWII. At this time, Mussolini’s fascist regime
reached its demise. Contriving from Italy’s disarray was Neorealism. Neorealism relished in the
liberation of cinema and the reborn Italy displaying the reality of life after/during the war.
Antonioni was inspired by the talents of neorealism filmmakers like Rossellini, De Sica, and
Visconti, who focused their attention on true social problems after the war and veering away from the Hollywood happy ending. However, Antonioni was different in his approach as he
inherently departs from this specific movement and displays his language of cinema by exploring
the exterior and interior of social realities that affect him personally rather than society at large. 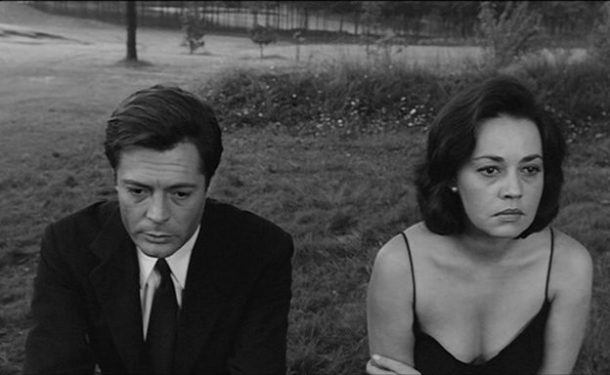 In 1950 Michelangelo released his first feature, Cronaca di un amore (Story of a Love Affair), which established him as one to watch. His most famous works weren’t released until the 60s. L’Avventura (1960), La Notte (1962), L’eclisse (1963), the three films known as the Alienation Trilogy are some of Antonioni’s most controversial and renowned works. The three films discuss the alienation in love each with a disillusioned woman and a depressed man trapped in a deadly rhythm of a relationship. He uses cinematic dead time to slow the movies down and allow the viewer to appreciate the details of the background that are lost during the more dialogue based scenes. Critics heavily questioned these works, noting them as “beautifully made, visually breathtaking, but what more is there?” The melancholy trio have a way of haunting the viewer after as if we are unable to rid the character’s stain of spiritual emptiness from our minds. 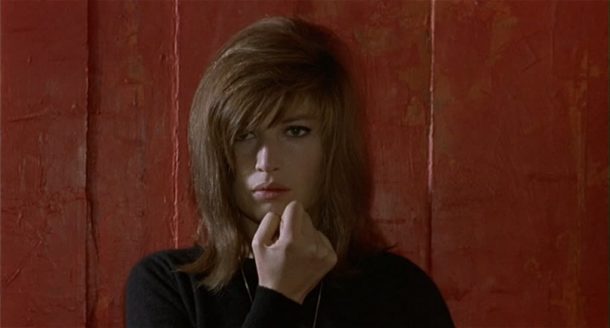 Antonioni then released his first color feature, Red Desert in 1964. He used color as the biggest abstract in this film with painted landscapes, literally. This film was his last with Monica Vitti as the lead, but her compelling nature on screen will forever be connected with Antonioni.

Following the alienation trilogy, Antonioni shifts his focus to the mail viewpoint and produces a series of English films, Blow Up (1966), Zabriskie Point (1970), and The Passenger (1975) – these films have a more optimistic air as they explore how the character can live in modern civilization. With Blow Up the main character is a photographer who witnesses a murder by enlarging his photographs he begins to examine the nature of vision. In Zabriskie Point he criticizes Americas capitalistic ways of obscuring reality. With the release of Passenger, one of his most renowned films with the beckoning Jack Nicholson as the lead, Antonioni sends us on a journey with Locke (Nicholson) as he tries to uncover the truth of the political opium in Africa but he discovers who he truly is in the process. 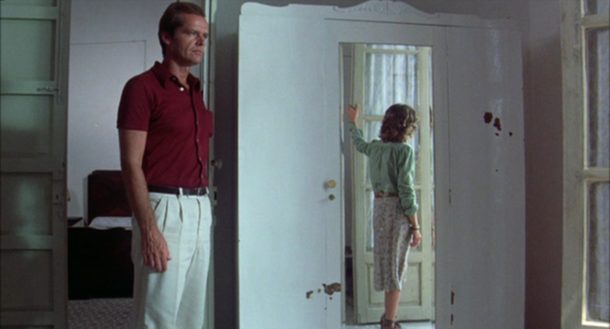 Through all of Antonioni’s work its undeniable of his talent in cinematic poetry and emotional and symbolic resonance with reality. This is why despite all of the controversy, critics and viewers are still drawn to his work, to his ability to make a melancholic or simply optimistic moment of nothingness into something visually breathtaking. Antonioni claimed that,” Cinema today should be tied to the truth rather than to logic,” and with utter shrewdness he uncovered the truth with his own cinematic language, his own art.