This week’s spotlight is dedicated to… us! It’s not that we’ve become self centred, but we want to share our enthusiasm and introduce you to our new project, EuroIFC, a free and legal film-viewing platform. The channel is the brain child of the same active and dynamic team behind ÉCU and showcases independent films from around the world, films that wouldn’t normally find distribution easily but ones that, in our opinion, deserve to be seen. EuroIFC sets itself as a worldwide refuge for creators that seek a wider audience for their work and also as a great choice for indie cinema lovers who are browsing around looking for good films to watch online. 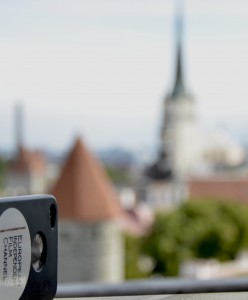 The origins of The European Independent Film Channel can be traced back to The European Independent Film Festival and to the desire of its public to re-watch the films they enjoyed during the festival. At the beginning the channel was screening only films that participated in the festival but the idea quickly expanded beyond the limits of ÉCU, welcoming every independent filmmaker to submit his film for consideration. “We invite indie-lovers from across the world to join us on this thrilling occasion to help make known how incredible independent cinema can really be”, stated Scott Hillier, president of ÉCU, at the official worldwide launching of EuroIFC this May in Paris. The channel has a vast variety of films covering seven different categories (pretty much like the festival): short films, documentaries, student films, feature films, experimental films, music videos and animation films. The collection is completed by interviews with the filmmakers and with more original content. On EuroIFC you can also find many of the award-winning films from previous ÉCU editions, like “Berlinoises”, “The Forest is Red”, “Myra”, “House”, “Never Winter” and other favourites.

We are really excited about the potential of the channel because of the opportunity it gives to indie filmmakers to showcase their films to a larger public and because of the wide variety of good films offered to the cinema lovers. Not only the viewers have embraced it, but the filmmakers love the channel too. Many of the directors stated that ÉCU was a special experience for them and that they are glad to be part of this new project. “Wow, that sounds exciting – I checked out the page and it would be an honor to have my film displayed on the channel.” said Gerhard Ehlers, director of  “Smoorverlief” part of  ÉCU 2010 official selection and now showcased on EuroIFC.

Give yourself a chance to taste this fresh cinematic experience and you will surely come back!