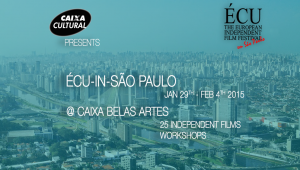 This January ÉCU-on-the-Road tour stopped in São Paulo, Brazil, to screen a selection of the best independent films from the previous editions of ÉCU. From January 14th to February 4th, screenings and workshops were held at Caixa Belas Artes. We were very happy to screen these films in São Paulo, such a cultural and vibrant city. It […]

From 12th to 15th September 2012, the 17th Youth Film Festival and the 5th Four River Festival will become the most important place for Croatian as well as international high school film. Thanks to the organization of the Croatian Film Association and the Cinema Club Karlovac, the city of Karlovac will again “become yellow” and […] 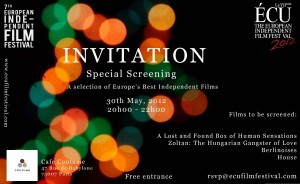 ÉCU – The European Independent Film Festival presents a Special Screening on the 30th of May 2012 at Cafe Coutume, Paris 20:00 – 22:00. //www.facebook.com/Coutume ÉCU will showcase 4 films from its 2012 festival: A Lost and Found Box of Human Sensation: //www.youtube.com/watch?v=_BjrlmG82jw&feature=related House : //www.filmannex.com/movie/house/29078 Zoltan: The Hungarian Gangster of Love : //www.filmannex.com/movie/zoltan-the-hungarian-gangster-of-love/29906 Berlinoises We look forward […] 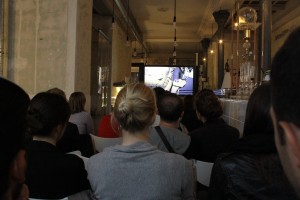 Tuesday night, May 31st, ÉCU hosted its first of our year-round Special Screenings Event in Paris for two films that won awards at the 2011 festival; Paths of Hate, winner of Best Animation, featuring two combat fighters at war with each other; and Salam Rugby, winner of Best Non European Independent Documentary, following the first […] 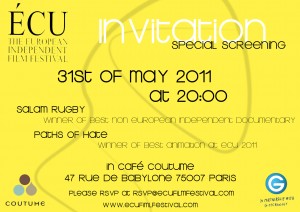 ÉCU is excited to host our first post-2011 festival screening, where we will be featuring two “Europe’s Best Independent” awarded films at Café COUTUME, located in central Paris. This showing will be one of many special screenings ÉCU will be hosting in Paris in the next few months. Make sure you sign up with our […] 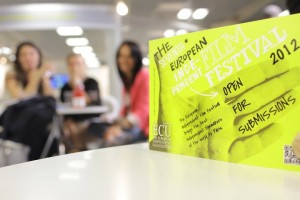 May has been extra busy month for all of the ÉCU-ers and ÉCU-ettes. There was so many things going on that it was hard to keep track of everything: Cannes, opening up submissions for ÉCU 2012, starting the ÉCU Membership Club and preparing for the “ÉCU-on-the-Road” tour. Whew! For the very first time ÉCU had […]