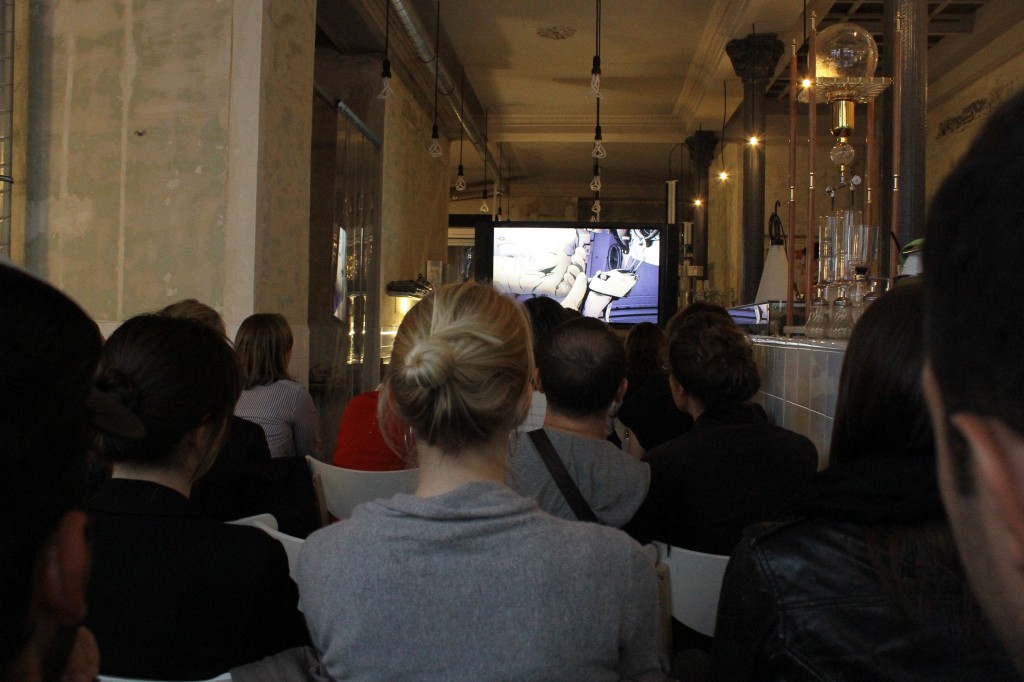 Tuesday night, May 31st, ÉCU hosted its first of our year-round Special Screenings Event in Paris for two films that won awards at the 2011 festival; Paths of Hate, winner of Best Animation, featuring two combat fighters at war with each other; and Salam Rugby, winner of Best Non European Independent Documentary, following the first women rugby class ever organized in Tehran.

The evening event which ran from 20h to 23h was held in the eclectic “Café Coutume,” located in the 7th arrondissement, and saw a considerable turn out of film fans hailing from numerous different organizations and companies. ÉCU director Scott Hillier launched the evening with a short speech thanking all the guests for attending, emphasizing the important role they play in helping to support and sustain an independent film festival like ÉCU.

Festival manager Kädi Lokk then took a moment to promote the latest update to ÉCU, the addition of a new special ÉCU Members Club that enables the most dedicated film fans to receive up to date information on upcoming events and showings, and receive special perks for a small fee of 15 euros.

Overall a very successful screening for ÉCU. We look forward to hosting many more in the meantime while we prepare for ÉCU Film Festival 2012!