The excitement doesn’t end when the day does! Every evening there are after parties where you can unwind, ideas can percolate, and a great time can be had by all. ÉCU is a strong supporter of musicians and live music will be heard throughout the entire weekend. Some of our musicians include: 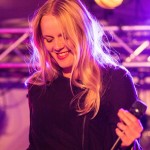 The Kristin Shey Band
From Bielefeld, Germany is dedicated to music. She feels an energetic and sensitive arranged perfection with her songs. Among her many talents, she does nothing better than playing live! She has managed to capture joy with her songs and she is proud to be able to share it with the world. Here is more: kristinshey.com 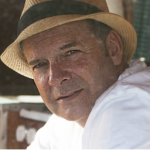 Chris Orrock
He has been writing songs, singing and playing guitar since age 14. Under the early tutelage of rockabilly pioneer, Link Wray, Chris developed his own songwriting and musical direction and has since performed primarily as a solo artist and with his band, The Lazlos. He’s also contributed to a number of highly-regarded bands (Pacific, Tour De Force and The Skytones.) Countless influences course through his music yet the voice is his own. More here: chrisorrock.com facebook.com/LazloAndTheDukes

Michael Dallin
A Singer-Songwriter from Salt Lake City, Utah. From 2008 – 2012 he toured his original music around Asia as the front man of the band Bad Apples. Michael can currently be found touring throughout Utah and the western United states both as a singer-songwriter and with his newest band “Coolabibus” formed in 2013 while Inner-Mongolian Chinese guitarist Jonny Barah was playing lead guitar for Michael in the States and the name took shape from the term “It’s cooler by bus”. Here is more: michaeldallin.com

Bets
All-female bicoastal dream pop band. Singer-songwriter, Betsy Hershey, has evolved into an electro-indie troubadour whose breathy ballads shimmer with the freedom and power acquired by following her own heart. She grew up on both coasts of USA which both still strongly impact her art and music. Her bandmates reside in Brooklyn when they’re not living out their musical dreams on the road. More here:  www.betsmusic.com 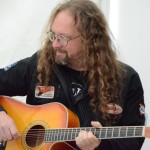 Chicago Mike’s InterGalactic Brother &
Sisterhood of Big Eyed Beans
Chicago Mike is known throughout Europe and the USA for his powerful voice and incredible presence. Performing around the world for over 15 years, Chicago Mike brings elements from all types of music genres. Here is more: chicagomike.com 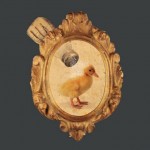 Le Sel is a simple mix of pure pop, old rock and Jamaïcan sounds all gathered in a contemporary blend. The perfect mix to make you dance all nights at all kinds of different speeds.
Here is more:
Youtube Channel, facebook.com/jaimelesel 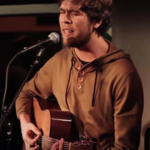 Valentin is a talented songwriter and multi-instrumentalist from Bielefeld, Germany. His raw vocal approach is infused with the vibe of American blues, while his polished approach to jazz trumpet echoes the classic sound of the legends of the genre. Valentin is making his ÉCU Film Festival debut this weekend, and will be accompanying several other artists appearing throughout the festival. Here is more: soundcloud.com/trompetmann, YouTube Valentin

The Renzo & Flow Experiment is a brand new project based in The Netherlands — The NOW is the only thing that matters. The NOW always brings you different sounds. Landing down on their spaceship, Renzo and Flow will take you on a trip trough time, space and back to the NOW. You’ll get it somehow. ’Cause you’re either on the bus or off the bus. Listen to them here: souncloud.com/rensouburg
Members: Rens Ouburg(NL): Electric guitar, Bass, Bluesharp, Vocals, Spacesynth. Florian van Damme(BE): Beats, Keytar, Saxophone, Spacesynth. 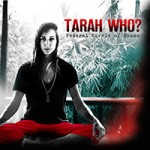 TARAH WHO? The mind, soul, rock’n roll heart beat and operator behind ‘Tarah Who?’ is French / American Singer & Multi-Instrumentalist (drummer, guitarist & bassist) Tarah G. Carpenter. Tarah’s been compared to everything from the female Pearl Jam to Sonic Youth but regardless Tarah G. Carpenter stands on her own & is someone you don’t want to miss. Listen to her music here: www.tarahwho.com