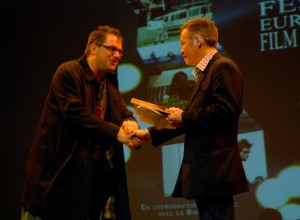 If 6 awards, 40 international film festivals, and over 250 public screenings aren’t enough reason to find out about ÉCU’s 2009 Ecology Now winner Sam Bozzo and his film Blue Gold: World Water Wars, then recently signing a deal with Sundance Channel ( US, France, and Asia) and an upcoming Japanese theatrical release will be enough to pique your interest. Want to stay up to date with broadcast dates? Follow Sam on Facebook, Twitter and check out his website to make sure you don’t miss the next screening in a theater near you. It’s something you won’t want to miss!