Every year on the first official day of summer, Parisians and tourists alike flood the streets of Paris for the city-wide Fête de la Musique. The musicians range from amateur to professional, and if you yourself are a musician, you can book a spot to play your music in the streets on this exciting and inclusive day. Not only are there street musicians, but there are stages set up in major parks all throughout the city. Some of these places include the Jardin de Tuileries, the Petit Palais, the Louvre, and the Place Denfert-Rochereau. At night, make sure to stop by the Champ de Mars, where famous French artists will perform through the night.

The French Open, more commonly referred to in Paris as the Roland Garros, is going on in Paris until 10 June. Even if you’re more of a football fan, the experience of seeing world-class players in their element is a once in a lifetime opportunity. Go on their website to check out ticket prices, the price can range from 20€ to 500€ for very high profile matches, so it’s really up to you how much you want to splurge! But if you plan ahead, you can get tickets for around 40€ for great matches. Even if you can’t manage to get your hands on tickets to see a Serena Williams match, the smaller courts are just as fun and you can often get better seats, bringing you closer to the action. 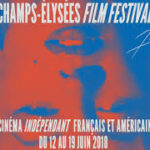 Would we be ÉCU if we weren’t supporting other film festivals? In its sixth year, the Champs-Elysées Film Festival showcases both French and American cinema from 15 June to 22 June. This year, for the first time, the opening and closing events will be open to the public. The film The Florida Project (a favorite indie film of ours) will start off the week of films at the Gaumont Marignan followed by an evening concert from Zombie Zombie at Petit Palais. For closing night, My Cousin Rachel will be shown, again, at Gaumont Marignan which will then be followed by Cléa Vincent’s and The Pirouettes’ concerts at Salons France-Amérique. For the rest of the festival, tickets can be bought online here ! Support independent film!

Do you find that you’re struggling to find affordable Parisian fashion? Put off your shopping until the end of the month for “les soldes”, Paris’ semi-annual sale. From 27 June to 7 August, you can save between 30% and 70% at countless fashion retail locations. This doesn’t just include shops like H&M and Zara, but at designers like Prada, Hermès, Dior, Valentino, you name it! Prices will drop more and more each week, so the first week will have the best selection, but the last week will have the best deals. Better start strategizing!