For the second time ÉCU is proud to present #SheShoots, a discussion panel comprised of the female filmmakers in competition at ÉCU 2018. #SheShoots will take place Saturday, May 5th at 10:30am at Cinéma Le Lincoln (14 Rue Lincoln, Paris 75008).

For women in the film industry, 2017 was a time of overdue recognition for the inequalities they have dealt with for years. The magnitude of the sexual harassment and abuse present in the industry was exposed, and people were forced to confront the problem. Contrary to previous years, 2018 is the year of empowering, rather than silencing women.

ÉCU recognizes the importance of giving women a chance for their voices to be heard, and that is our primary objective for this panel. Female filmmakers will share their experiences, discuss their films, and answer questions from the audience. Attendees will have the opportunity to ask questions and contribute to its discussion. At this event, we can learn from each other’s journey and deliberate on what the next steps could be to promote the success of female filmmakers.

This year discussion panel will be led by Annette Young. 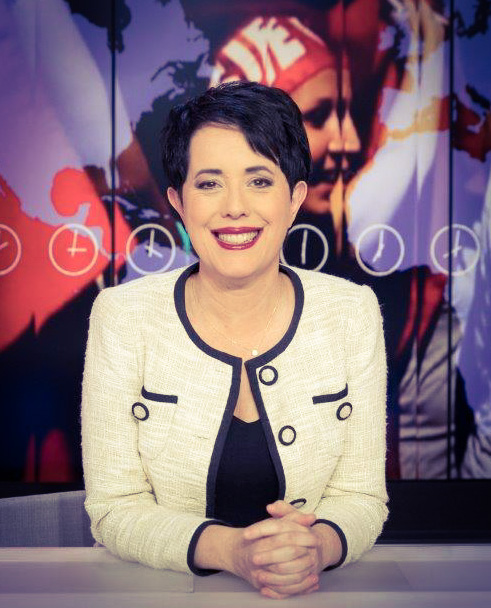 Annette Young is a senior journalist and news presenter for France 24 Television, based in Paris. Originally from Australia, Annette has reported from parts of Europe, the Middle East and Asia. In an extensive career, she has worked for the Melbourne Age, the Sydney Morning Herald and SBS Television Australia. While based in the Middle East, she became a Jerusalem correspondent for France 24. Since returning to Paris in 2010, Annette has interviewed a range of figures for the network from world leaders to Hollywood actors. She also is the creator and host of The 51 Percent, a program about the women reshaping our world. In 2015, she was named by UN Women as one of the 20 inspirational global voices on women in the media.

No other global newscaster has a program like The 51 Percent, a show about women reshaping our world. A fresh edition is aired every Friday at 4:40pm (Paris) on France 24 English. Their sister shows are also broadcast on French, Spanish and Arabic services that in total reaches more than 250 million homes worldwide. The program itself is replayed nine times in the course of a week and also posted online shortly after its first broadcast.

Tickets are FREE for this event, but please to register for the event click HERE.