So what exactly makes a film an independent film? Well, the answer is actually a little more complicated than you might think.

By definition, an independent film is one that is produced outside of the major film studio system. Okay… getting a little closer to an answer, but what constitutes the “major film studio system”? Most would agree this includes The Big Six which include 20th Century Fox, Paramount, Warner Brothers, Columbia, Universal, and Disney. So technically anything that is not produced by these companies would be an independent film, right? Again, it’s a little more complicated.

A 2013 article from Variety explains that despite the fact that Lionsgate owns a significant share of the market, what sets them apart from the Big Six is that they don’t produce films with budgets over $100 million. What the author of this article overlooked, however, is that in 2012, Summit Entertainment, a subsidiary of Lionsgate, was the distributor for The Twilight Saga: Breaking Dawn, Part 2 , which was produced with a budget of $136.2 million, and since then, Lionsgate has produced several films with budgets of over $100 million. 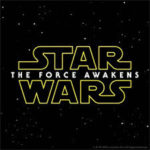 Similarly, Star Wars: The Force Awakens was produced and financed entirely by LucasFilms, a subsidiary of Disney, and it is considered the highest grossing independent film of all time, with a gross budget of over $306 million. So is The Force Awakens technically an indie film? Well technically, yes! And yet, most people I know wouldn’t consider films from the Star Wars or Twilight franchises to be an independent film. It just doesn’t feel right to call any film with a budget of over $100 million, let alone $300 million, an independent film no matter how it was financed. In fact, most agree that a true indie film rarely has a budget that exceeds $20 million, which seems like a reasonable qualification.

Many argue that independent film should not be classified by a studio or by budget but rather a certain kind of indie spirit, leaving how one distinguishes an indie film up to audiences. I think that a film is able to achieve this “indie spirit” by giving the director autonomy within their project. If a film is a unique story that is personal to the director, then it will often capture what many consider to be the “indie spirit”. But again, Star Wars is certainly a project that is personal to George Lucas, so this rule isn’t entirely sound, either.

Here at ÉCU, our mission is to promote independence in spirit, creativeness and sheer cinematic entertainment. If you are an independent filmmaker who wants your vision showcased to a global audience, consider submitting to ÉCU! Our definition of independent, for submission purposes, is that no more than 50% of the film’s budget can be financed by a major studio. Click here for more information regarding submissions.

So… what is independent film, really? Well, that’s up to you! Just make sure to “Keep Your Indie Soul”.