ÉCU – The European Independent Film Festival reaches out to a diverse indie fanbase throughout Europe and beyond. We are proud of the reputation we have built over the last 15 years, forming close relationships with many film and culture networks. Here’s what some of them have to say about ÉCU:

“ÉCU endeavors to provide a cultural platform not only for entertainment, but also for active networking across the independent film world.” Read full article here.

“The atmosphere is multicultural, social engagement is in the air. Not only the artists came from different backgrounds. The Festival itself and the Filmmakers appeared completely prepared to look at delicate issues from a relativist perspective.” Read full article here.

“The festival is open to submissions from independent filmmakers from around the world, and provides a unique platform for risk-taking storytellers to reach the broadest audiences possible.” Read full article here.

ÉCU referred to as one of the most notable film festivals in France and the “Sundance of Europe”. Read full article here. 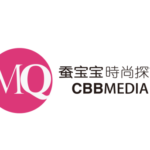 “It can be said that all the best independent film and music producers in  the world are at the ÉCU Film Festival…”…”Scott Hillier organised the ÉCU film festival with the original intention of   making it accessible to the general public and the excellence of ÉCU in this area has greatly increased the visibility of the winning entries worldwide…Here is a [quote from] an independent filmmaker [who won an award at ÉCU] “…After attending the ÉCU Film Festival, my life has changed.”” Read full article here.

We love keeping up with filmmakers whose works we have had the pleasure of screening and enjoy watching their exciting future trajectories, so we are always delighted to hear feedback from all filmmakers, directors, actors and screenwriters who have received awards from ÉCU and have been involved with our festival.

Below are some of last year’s wonderful responses to their film’s selection at our festival, noting the benefits that an accolade at ÉCU has for them.

“Thanks again for an incredible festival – well done!” – Charlie Reader, Audience Award, Everything You Didn’t Say

“Thank you so much for the great opportunity to take part at the 14th edition of ÉCU, we had such a good time, learned a lot and enjoyed the workshops, the events and most of all the amazing films. We are thankful for your great hospitality and the professional and so friendly work of the festival staff.” – Liat Akta, Best Non-European Dramatic Short, The Mouse

“Thank you so much for having us and showing our film! I had so many valuable encounters, the atmosphere was great and the viewing was also very good.” – Martijn Hullegie, Official Selection, Perfect Present

“What a great festival! I had a fantastic time enjoying great films. I just want to thank you so very much for all the effort you guys put into making it happen. It was GREAT!” – Alberto Sciamma, Special Jury Mention, I Love My Mum

“I was over the moon to hear about our film winning the Best Editing award! Thank you so much for being so kind and generous recognizing and allowing our film to take part in your festival and also – beyond anything – awarding it!” Savvas Stavrou, Best Editing,  Submission

“Thanks so much! I’m over the moon to have won best actor for Sex Ed, amongst so many amazing performances! We’re all really thrilled!” Mark Weinman, Best Actor, Sex Ed

“Sadly we did’t win, but we were competing against the best independent films in the world so it was an honor just to be there. Won some great friends, and we had a fantastic festival experience. Thank you!” Rolv Lyssand Bjørø, Official Selection, Another World

“I had such a great time at the festivals. Really, amazing films, interesting filmmakers. It was an inspirational visit for me. Thanks to you all for your enthusiastic and truly supportive organization! You’re awesome!” – Martijn Winkler, Best Director, #tagged

“You guys did a great job of organising the event and would love to stay in contact with you all for future projects” – Matt Portman, Best Non-European Independent Dramatic Short, Passion Gap

“Thank you very much for selection our short movie Has#tag at the ÉCU Film festival. We had a wonderful evening on the opening night on Friday! And yes: also the party was great. Keep on going with the good and independent vibes! I really love what you guys do!” – Kevin Hoed, Official Selection 2018, Has#tag

“I just wanted to thank you personally for the chance to show and participate at ÉCU. I can assume how hard and fun as you say, to run an indie fest. I hope we will have many more film screenings together!” – Ran Slavin, Official Selection 2018 and Best Actress for Mami Shimazaki, Call for Dreams

“Hi Giedre, Scott, and the wonderful crew of the ÉCU festival, I had a wonderful time in Paris with you. Thank you for everything.” -Aqil Dahhan, Official Selection 2018, Scratched Blue Sky

“Thank you so much to the ÉCU team for working very hard to make the festival happen, we very much appreciate your support.” – Harriet Fleuriot, Best Experimental Film, Plasma Vista

“We are honoured and delighted to be selected” – Christian Witmosser, Best European Independent Dramatic Short Film, Emily Must Wait

“I am so excited that we’ve been selected and nominated at your prestigious festival. THANK YOU!!” – Frida Farrell, Best Non-European Dramatic Feature Film, Selling Isobel

“Thank you for curating such a great festival. Myself and my producer attended and watch a lot of films and were humbled by the quality of the films on show. It was great and we’re very pleased to have been recognized amongst such a talented selection of filmmakers.” – Mike Sharpe, Special Jury Mention, The Dog and the Elephant

“I would also like to thank you for Paris ÉCU, I was sick at the time and couldn’t come to the screenings but I really enjoyed the energy and mind of all the team ! It was a pleasure to get to catch you at the opening party!” – Julien Thiry, Official Selection 2017, Don’t Forget About Singapore

“Thank you so very much for this splendid opportunity! I feel so humbled and grateful. I appreciate your faith and support of the film!” – Emily Gerhardson, Official Selection 2017, Part of Me Now: Living With Breast Cancer

“Me and the crew are overjoyed to be part of ÉCU!! It’s a dream come true!” – Dalia Musaad, Official Selection 2017, The Boy Who Cried Fish

“I’m so grateful and honoured […] your festival is an amazing opportunity to celebrate independent films and filmmakers.” – Iris Zaki, Best European Independent Documentary, Women in Sink

“[I think] it’s important that festivals really do say they’re indie. Not just to look cool and feel indie, but promote indie filmmaking because movies you put out this weekend all deserve to be seen […]” – Félipe Rodriguez, Best Non-European Independent Dramatic Feature, Kidnap Capital

“Thank you so much for this award, this is incredible and I’m so glad the film has gone over so well. I’m such a fan of France and Paris and ÉCU and everyone […] I’m overwhelmed.” – Maria Hinterkörner, Actress, Best Feature Script

“It’s great to get a prize at your festival […] this evening […] It’s awesome to get this prize.” – Denis Stein-Schomburg, Best Independent Animation, The Old Man and the Bird

“Last year I won an award [at ÉCU] and it was very good for my life after.” – Guillaume Levil, Former Best Non-European Independent Dramatic Winner

“[ÉCU] take music videos as a separate category on a film festival. I think that doesn’t happen often, I think that it’s a category that should be appreciated more.” – Kadi Freja Felt, Music Video Producer

“That is one [ÉCU’s] dynamic website. Very cutting edge and sharp you’re kind of kicking Sundance’s website’s ass there and your program is diverse, edgy and smart and really engaging. I enjoyed visiting and exploring the site.” – Max Adams, The Academy of Film Writing 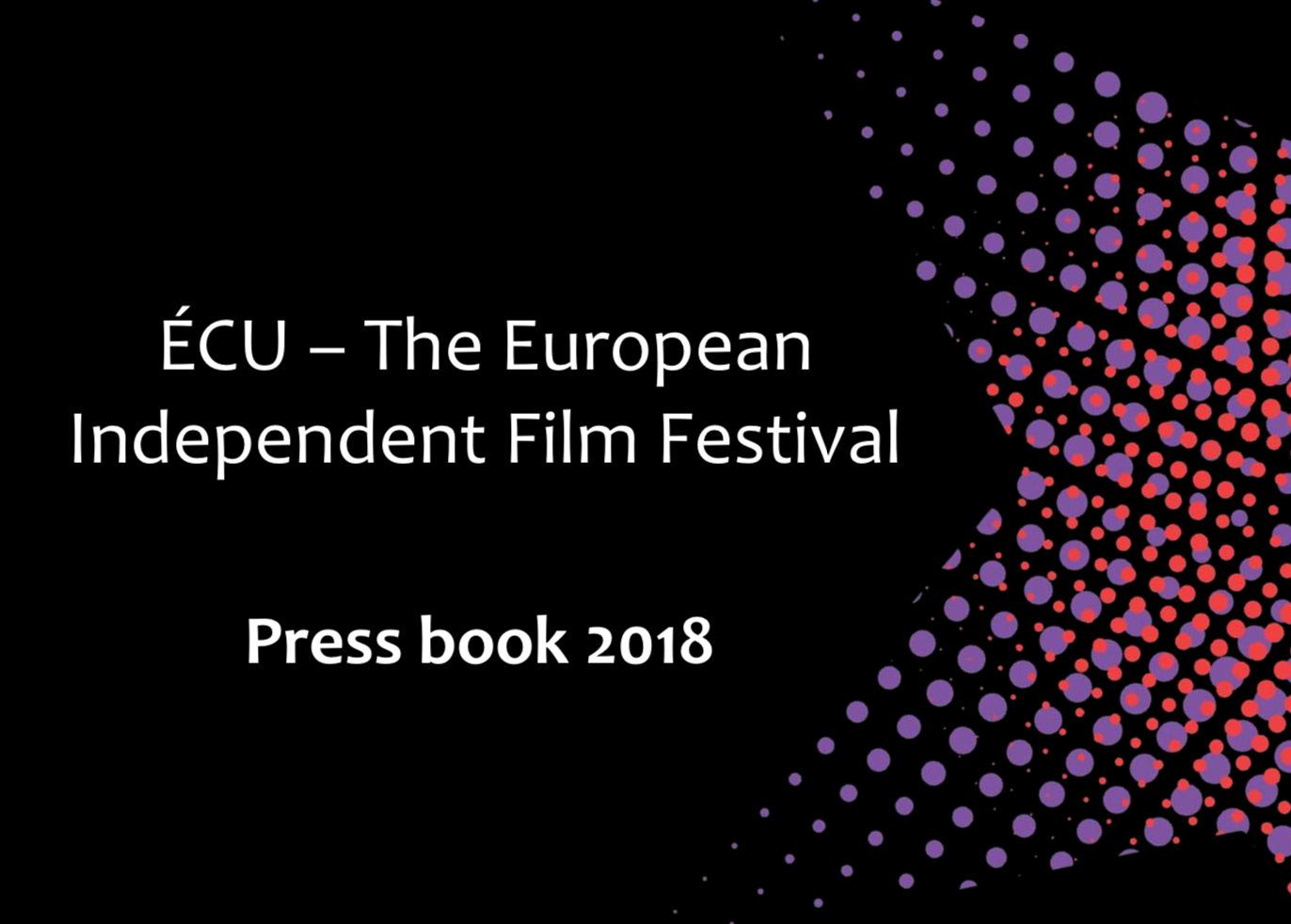