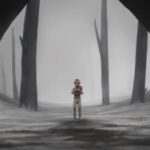 STUDENT FILM: Films should be independent in spirit and original in perspective. Open to all European and non-European student films made with less than 50% participation by a major studio or television broadcaster. Films may be submitted in any language, however must have subtitles in English except if the film is in English it must have French subtitles. Appropriate subtitles are required to ensure accurate judging abilities.

“We found all of your staff to be incredibly friendly and accommodating. Personally, I felt very welcome and at ease. I greatly enjoyed the Q&A’s and was glad to have the chance to meet with and talk to everyone else about my film. I couldn’t have asked for a better environment in which to showcase my work.” 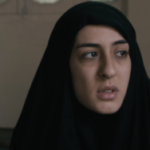 ARAB SPECIAL SELECTION: In its 14th edition, ÉCU is happy for the seventh year in a row to highlight independent Arab filmmakers, competing for The Ahmed Khedr Award for Excellence in Arab Filmmaking. The winner of this “Special Section,” will receive an award for their outstanding creative efforts dedicated to the memory of the late Ahmed Khedr, a talented director and good friend of the festival.

Films should be independent in spirit, original in perspective and made with less than 50% participation by a major studio or television broadcaster. Films may be submitted in any language, however must have subtitles in English except if the film is in English it must have French subtitles. Appropriate subtitles are required to ensure accurate judging abilities. 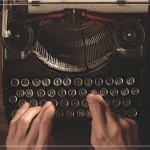 MUCH MORE THAN A SCRIPT COMPETITION (short and feature-length): As part of the ÉCU 2019 film festival, the script competition’s focus is on independent screenplays, that is, scripts that aren’t aimed at mainstream Hollywood film markets. Writers are invited to submit their short and feature-length scripts to the competition where they compete for the best script of the festival. We will read scripts in English, French, Spanish, German, and Italian before making an official selection of the very best.

The two overall winners will receive an additional prize and the coveted title of Best Feature Script / Best Short Script 2019 – a title we are certain will help emerging writers overcome the obstacle of “representation” and get their scripts read by the right people.

Previous winners include THE BRIDGE BY THE EARTHEN HOUSE by Paul Hunt (UK), TIME MUSEUM by Gahee Lee (USA), THE FORGOTTEN PATRON by Louise Deschamps (Canada), TOO MUCH BUPKIS by Tom Brown and Dave Jay (USA), HUNTERS POINTE by Scott Liapis (USA), GOING HOME by Nir Shelter (Australia), THE COMPETITORS by Ruth Greenberg (UK), YELLOW DRAGON AND THE RED FOX by Anthony Etherington (UK) and BEFORE THE BOMB by Tannaz Hazemi and James Grimaldi (Iran), THE CHICKEN by Una Gunjak (Croatia/Germany), AS AN ACTRESS by Maria Hinterkörner (Austria), 6TH OF SEPTEMBER by Ionut Gaga (Romania), COURTESY OF THE KAISER by Mark Larson (USA), CLEMENT by German Perugorria Pans (Uruguay).

Rules for ‘Much More than a Script Competition’ can be found here.

NOTE: Last deadline for the Much More Than a Script Competition is 7th March 2021.

IMPORTANT: If your film is chosen to be screened at ÉCU we will need the following in order to compile the festival‘s catalogue:

1. Copy of your film – a Vimeo link OR link to a downloadable file (via WeTransfer/Dropbox). This is to share the film with ÉCU’s submission judges
2. Non-English films need to be subtitled in English. If the film is in English, and it is accepted to be a part of the festival, then it will need to be subtitled in French
3. Two digital stills of film (High Resolution)
4. One digital photo of director
5. Short synopsis in English and in French (up to 50 words)
6. Official trailer available online/digitally transferable to us